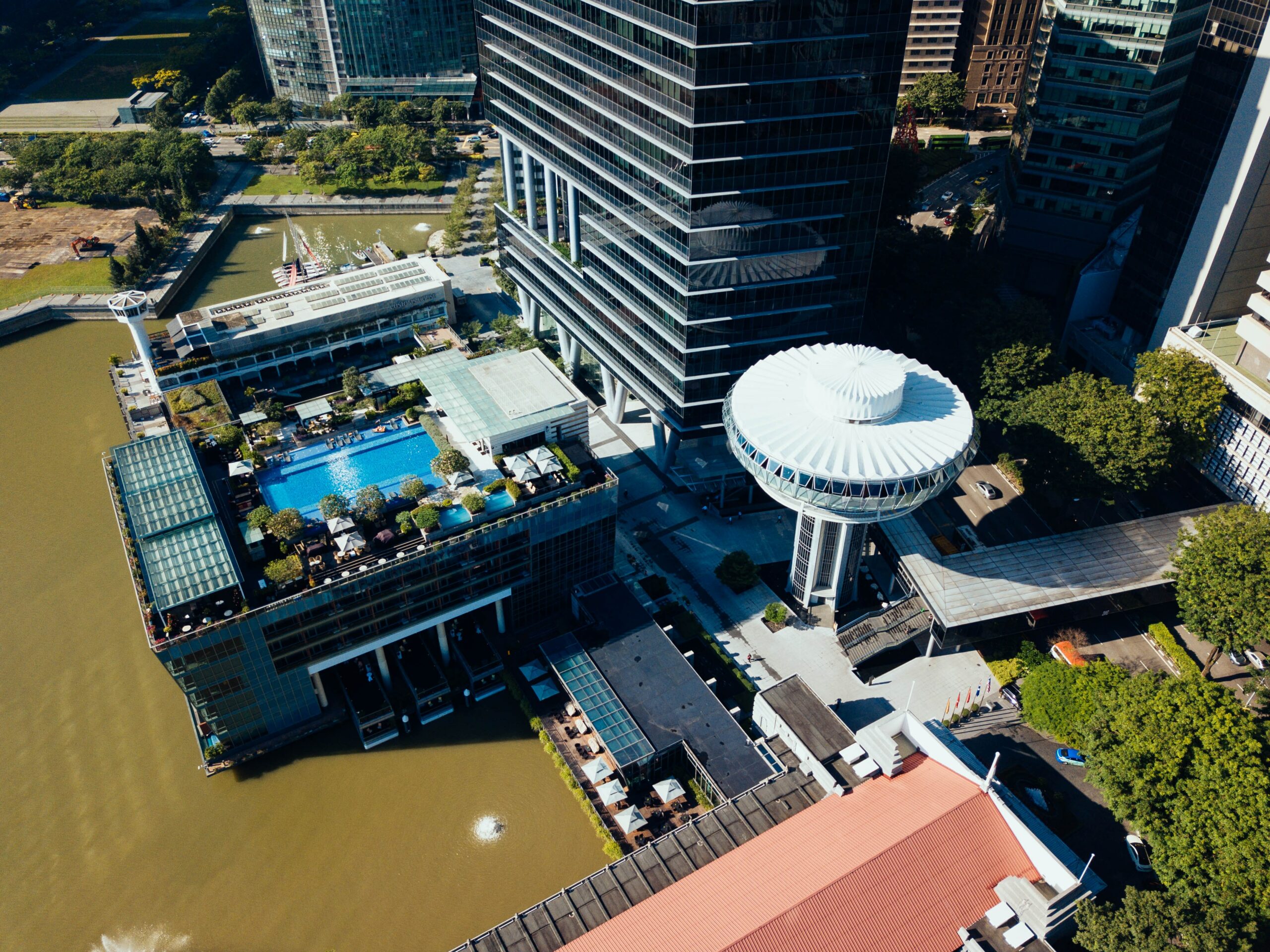 Storms, floods, and other dangerous weather events are increasing in frequency and intensity, impacting business operations and increasing financial risk. There have been 285 climate-related disasters in the United States since 1980. The cost of these disasters amounts to almost $2 trillion. In 2020 alone, the U.S. weathered 22 billion-dollar events. And last year, the United States was on pace to accrue $104.8 billion in climate-related losses.

Climate change is a global priority for organizations: it poses physical and financial risks, often unaccounted for in traditional risk management scenarios. As a result, many industries, especially the financial sector,  are beginning to address climate resilience as part of their corporate strategy.

At One Concern, we help organizations plan for and minimize the impacts of climate change. We’ve built a U.S. Digital Twin that is accessed via a structured platform, One Concern Domino™, and One Concern DNA™, which can directly integrate into existing risk and data platforms.

One Concern’s Digital Twin can be visualized as a large interconnected graph showing trillions of connected data points — composed of property and infrastructure data — enabling company leaders to begin their climate-risk assessment and develop mitigation and adaptation strategies.

We sat with Dr. Jeffrey Bohn, Chief Strategy Officer at One Concern, to discuss the company’s risk and resilience innovations.

How do One Concern’s service offerings differ from traditional GIS-based risk modeling software?

Dr. Bohn: At One Concern, we’re trying to understand at the property level how building owners and users are exposed to risks that disrupt property usage. This disruption may happen because a building is damaged, or as a result of impairment to surrounding infrastructure, such as power grids and transportation architecture – we call these lifeline networks. We have built a U.S. Digital Twin, which enables clients to visualize and measure their resilience in this network context as a result of exposure to perils, such as flood and wind, which arise from climate change and other natural disasters, such as earthquakes. One Concern’s resilience metrics reflect an innovative modeling framework that incorporates damage probability to the property and disruption probability to the surrounding infrastructure upon which the property relies.

We focus on dependency risks like power, transportation networks, and communities. For example, what is the likelihood of a particular lifeline network going down and disrupting a building’s operations? One Concern has created a standard scale metric that we define as the ‘downtime’ of the use of a building, measured in hours or days.

Our approach provides organizations with consistent and comparable analytics across time, geography, and properties that can feed into other risk and valuation models.

What is the scale of One Concern’s Digital Twin that enables these analyses?

In the U.S., we have coverage for approximately 14 million commercial properties and 15 million multifamily dwellings, which we separate for modeling purposes. Our digital twin reflects the power grid in detail to capture its relevant dependencies. We also model the U.S. transportation architecture, including ports, highways, bridges, airports, and what we call community, which refers to residential areas that might use a particular property.

In terms of perils, we cover flood inundation from storm surges, riverine flooding, wind risk from storms, and shaking ground from earthquakes.

Bohn: One Concern’s most extensive value offering is curating massive datasets to analyze dependency risks related to property lifelines such as power and transportation networks. We curate data from vendors and open source repositories. The data are not always digestible, but we do the work necessary to make the data useful. These data analytics are currently available via two services.

One is called One Concern Domino™, which can be used as a system of record for measuring physical risk. For example, operational downtime can be a useful input to a cash-flow impairment model as the basis for estimating relevant physical risks and climate-related dependency risks. This service uses a structured user interface.

What can clients do with One Concern’s analytics? Can you share examples?

Dr. Bohn: Given that One Concern’s resilience analytics are at the property level, clients can granularly differentiate resilience across an extensive portfolio of properties to determine where mitigation efforts should be concentrated. A large property portfolio generally holds to the “80-20” rule. Eighty percent of a portfolio’s physical risk is concentrated in less than 20 percent of the properties. One Concern’s Exceedance Probability (1CEP™) and One Concern’s Downtime Statistic (1CDS™) can be multiplied together at a suitable planning time horizon, say ten years, to calculate a One Concern Resilience Score (1CRX™). Thus, the 1CRX™ can be used to separate out properties that need attention immediately, facilitating a shift to predict and prevent (or at least alleviate) the consequences of catastrophic risks – especially risks exacerbated by climate change, such as flood and wind.

Using this analysis, we can begin to evaluate resilience-related value changes; other energy sources could be evaluated (e.g. solar power), and conversations could be started with a local utility.

A more involved use case estimates probable economic loss from catastrophic events through a two-fold analysis of property resilience. First, we analyze the damage probability to a building directly. From there, we can calculate what it would cost to restore a building to its pre-catastrophic-event state.

Second, assess the risk of lifeline network disruption. We calculate the downtime probability and the estimated downtime. We call this dependency risk. We can then convert the probability-adjusted downtime into a calculation of lost economic value once we understand how the building is used. In summary, we use our estimates of exceedance probability and the related conditional downtime together with the details of how a building is used to calculate the expected economic loss for a building that might arise in the event of catastrophes.

For example, consider an office building with a restaurant on the first floor and a law firm on the upper floors. If the power goes down due to flooding, this building structure is resilient – not directly damaged. Assume in this scenario, the power is not restored for two weeks. Even though the building is not directly damaged, the power disruption makes it unusable. Thus, the building has a downtime of two weeks. On day one of downtime, the first-floor restaurant loses money immediately. We might estimate economic loss from the second to the fourteenth day of downtime. The law firm is a different story. In this case, the economic loss might not start until the eighth day of downtime. One Concern’s Downtime Statistic™ and related resilience analytics facilitate a range of economic loss estimates:

From property owners’ and creditors’ perspectives, it’s essential to understand downtime probability and related downtime severity, given that this physical risk could adversely impact building values as the likelihood of catastrophic events increases. Moreover, the economic benefits of mitigation efforts can be explicitly calculated, which enables a much more effective allocation of budgets to address physical risk in the context of catastrophic risks arising from climate change and other natural disasters, such as earthquakes.

Does One Concern generate its models or use others? How does the company decide which models to use?

Dr. Bohn: One Concern has crafted an end-to-end methodological framework to estimate resilience analytics. Within this framework, there are several models. Some, such as climate models and hazard models, are sourced from vendors and the open-source modeling community. Clients can also, in principle, swap in their own models. This said, One Concern chooses models based on extensive validation efforts and in consultation with a team of advisors from the academic community. Other models, such as synthetic data generation algorithms and the final models (that integrate the upstream input models) to estimate exceedance probabilities and downtime – are developed and implemented at One Concern. Two key points in this context:

Choosing which models to use is another contribution of One Concern’s team. The criteria for model choice start with validation and performance. However, several more criteria are considered, given that these estimates are not for a static academic study. Other important criteria include the following: Availability, Scalability, Explainability, Diagnosability, Integrability, and Robustness.

One Concern’s focus on transparency and flexibility facilitates a wide range of implementation. Consultants and analysts can use this framework and analytics to guide, supplement, and benchmark assessments. Insurers, bankers, and asset managers can go one step further and integrate the data and analytics into decision-support processes, risk models, valuation models, and, even more interestingly, new resilience models. Our full disclosure approach makes it relatively straightforward for these analytics to be cleared by regulatory compliance teams.

Now that we have discussed what One Concern offers in more detail, what are the main use cases you see for One Concern’s analytics?

Dr. Bohn: Given the high degree of interest in understanding physical risks – especially those risks arising from climate change – we have had opportunities to refine our understanding of common use cases for One Concern’s resilience analytics. I will summarize some prominent use cases that illustrate how these analytics are used in practice.

Classification and selection: In this use case, a client uses key metrics, such as the 1CDS™ and 1CRX™, to classify and compare large property portfolios. Further, these metrics facilitate benchmarking that assists a client in determining where to concentrate analyst and engineering resources to improve property resilience. For new purchases or strategies that require selling properties, these analytics can supplement selection criteria and provide another perspective on each property’s risk and value.

Resilience-adjusted valuation: Once a property’s resilience is estimated using exceedance probabilities and downtime, discounted cash-flow (DCF) models can be modified for resilience.  Clients can determine how much value may be lost due to differentiated exposure to climate-change-driven physical risks. To some extent, this use case can be considered literally “pricing” climate-change risk, or at least understanding how a property’s value may be adversely affected.

Climate-change-mitigation project return on investment (RoI) calculation: Given that value changes and cash-flow impairment can be estimated with these analytics, another use case in demand is in calculating RoI for specific project proposals. Further, a list of projects can be compared using a common-scale metric e.g.., downtime, for better decision-making when allocating budgets to address climate change. As more companies worry about adaptation to climate change, this application has become more common.

Physical-risk-related disclosure: In the same way that RoI calculations are facilitated for mitigation-project proposals, detailed estimates of value impairments to relevant assets and cash flows become possible with these resilience analytics. Note that this use case requires extra work as One Concern’s resilience analytics become input to more complex models that address supply chains, business operations, customer behavior, and business development. Recently, the SEC asked for comments about this kind of disclosure, suggesting increasing regulatory demand for physical-risk-related disclosure.

Scenario analyses and stress testing: Given the detailed nature of One Concern’s Digital Twin and the interconnected characterization of a property’s dependence on its lifeline networks, detailed scenario analyses and stress tests become possible in light of plausible catastrophes. This capability has become even more critical as climate change changes the likelihood and severity of catastrophic events.

In the future, we expect insurance companies will use these types of analytics to improve pricing and management of policies that cover business interruption (BI) and facilitate the development of new policies that cover non-damage business interruption (NDBI), given that we estimate probabilities of disruption even when a property is not directly damaged.

We are just scratching the surface of possible uses for One Concern’s resilience analytics. We are excited to have several engaged clients who are pushing the limits on how we can jointly make disasters less disastrous.

Will One Concern expand coverage?

Dr. Bohn: Shortly, we plan to release wildfire as a new peril and add telecommunications to our lifeline network dependencies. Additionally, we plan to extend the geographical coverage of our digital twin beyond the U.S. and Japan.

Expanding the Reach of Our Digital Twin Technology to Japan

Increasing Resilience in Japan with One Concern Ready